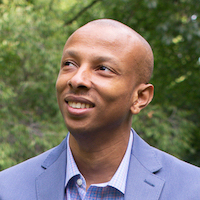 For little over a year, I’ve been longing for a better blogging platform to host my blog. I was hosting my blog on Wordpress.com, and I really liked the convenient of working with it directly from the browser until I started posting code snippets containing < or >. It’d keep changing to &lt; and &gt;, respectively. Even shameless Wordpress admitted this behavior.

All hell broke loose every time. I had to resort to a very unpleasant workaround. I’d have to find the correct code tags in the HTML post-editor rather than the reader-friendly Wordpress post-editor and paste the original code within tags. I had to save the edit while I was in the HTML mode in order to get what I wanted the world to see. Ridiculously enough, the published post would break again each time I attempt to “edit”, even without making or saving modification. I cringed every time I inevitably had to revisit the Wordpress post-editor to update my post, and I finally called it quit after publishing my fifth technical post.

I have knew about Jekyll about a year ago, but admittedly, with a basic HTML/CSS skill, I wasn’t able to figure out how to use it yet, let alone the spare time I didn’t have to wrestle with it as I was working toward RHCSA certification. Nevertheless, I’m glad I didn’t spend too much with Jekyll then as I did now as I don’t think I’d be able to obtain the certification on time.

I learned about Jekyll when I was researching for another absolute-free web hosting (yes, I’m a cheapskate bastard

). Most sources would point me to GitHub as a viable alternative as most places would expect you to fork over some cash. What I was reading at first has left me fabbergasted as I couldn’t understand how it’s even possible for GitHub to become a web-hosting. From there, I also learned GitHub is also powered by Jekyll. I realized my knowledge gap was really showing as I didn’t know Git or Markdown either, which ultimately became the reason I deferred my blog migration for so long.

You may wonder why I didn’t self-host Wordpress.org at home. For one, I don’t have a spare server. Sure I could purchase a cheap Raspberry Pi to host it, but it’d not be a smart thing to do. Maintaining security and availability also come to mind, and that’s not my cup of tea when I’m at home. I can achieve more in life by doing less, having someone who is paid to set up my server, allowing me to focus on what matters the most. IMHO, public-facing self-hosting at home is a colossal waste of time for an individual.

Jekyll introduced me to a whole new landscape as I was just absorbing the difference between static and dynamic websites. I can appreciate how quickly the site loads with Jekyll due to its static contents without a database slowing it down while fetching data. When I was ready to use Jekyll, I referred to their documentation and followed the steps in order. I realized I have to be extremely patient with myself as I wouldn’t understand it better until I get Jekyll to run on my server and play with it. I truly learn best by doing.

I now embrace Jekyll with all of my heart. Thanks to it, I’m now more active on GitHub, picked up some Markdown, using git more, and most importantly, more motivated than ever to make new posts. I also want to give a shout-out to Michael Rose for his outstanding contribution to the Jekyll community, shipping beautiful themes along with well-written documentations, which helped me tremendously. I hope to post a ‘how-to’ installation guide for CentOS 7 in the near future, so you can locally test your web content. Please visit again soon.

Setting Up LVM Cache on CentOS 7

You may have heard or read about bcache, and LVM cache is not that much different from bcache as they both help enhance read/write performance. I’ll not elab...

Configuring fail2ban for SSH on CentOS 7 with firewalld

I’ve developed this tutorial based on the guides from the following locations: https://fedoraproject.org/wiki/Fail2ban_with_FirewallD http://www.fail2ban.org...